And for the last three weeks, that’s been the situation in a section of George Town woodland, behind the University College of the Cayman Islands. It is also the area through which the Linford Pierson Highway extension is to run.

“Initially, a large roundabout was planned there and that would have forced us to clear an area in which very rare Ghost Orchids (Dendrophaylax fawcettii)  found only in Grand Cayman, have since been discovered,” Mr Parchment explained.

The discovery prompted the NRA’s board of directors to have the road re-engineered and redesigned, ensuring that disturbance to the area is now greatly reduced.

“The roundabout has been removed from that section of road and we’ve arched it as far as we possibly can, without compromising safety, making the roadway mostly skirt or border the area,” he continued.

In the meantime, all work has stopped to allow the Orchid Society’s Chairman of Orchid Rescue Sue Gibb and Cayman Nature’s Ann Stafford to hike the area and remove the endangered plants. The orchids have gone to a shade house at the Queen Elizabeth II Botanic Park to await replanting.

“We really appreciate government’s collaboration in rescuing these plants,” Ms Gibb commented. “This is the best way to protect them. We seldom get an opportunity to go in and rescue native flora when developers are clearing land. We hope that this will signal other companies undertaking large projects requiring excavation to work with us.”

Some of the rescued plants are destined to be part of the Botanic Park’s planned orchid garden. The remaining ones will be re-established in the wild (beginning Saturday, 12 April) in areas mimicking their original habitat. Until then the orchids, which do not require soil to survive but instead attach themselves to tree branches, will be tended by Orchid Society members.

“The NRA is totally committed to this environmental protection project,” concluded Mr Parchment. “However long it takes for the plant rescue to finish, we are prepared to wait.”

Sidebar: Endemic to the Caymazn Islands

There are 415 species and varieties of plants believed to be truly native to the Cayman Islands. These are the plants which formed the original, ancient flora of the three islands.

Over the two to three million years between Cayman’s most recent emergence from the sea, and the arrival of humans, 29 species and varieties of plants evolved to local conditions to the point that they are now regarded as unique (endemic) to the Cayman Islands. These are plants which, should they be lost from the Islands, will be lost to the world. 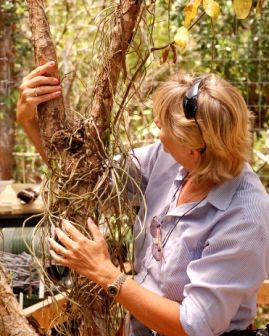 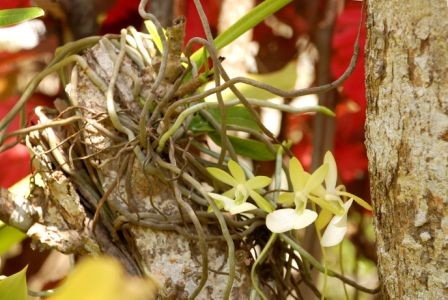 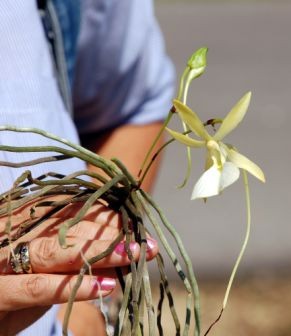 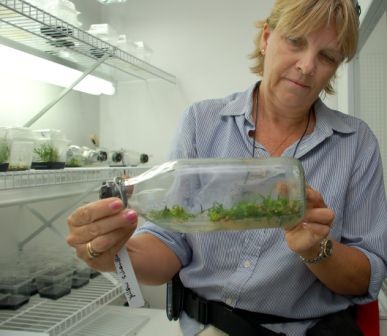 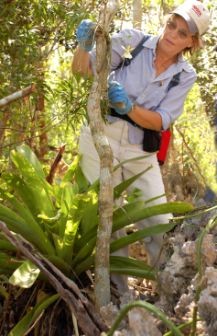