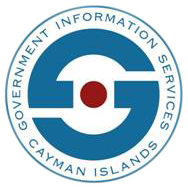 The Ministry of District Administration, Works, Land and Agriculture has given the go-ahead to begin major expansion work on Elgin Avenue this month.

Works Minister the Hon. Juliana O'Connor-Connolly, JP said the aim is to improve traffic flow and public safety ahead of the opening of the new government administration building early next year.

"Improvements are critical if we are to facilitate doing business in central George Town. With so many government and commercial offices, as well as banking facilities in the vicinity, Elgin Avenue already experiences heavy peak hour traffic," the Minister said.

She noted that many government staffers who currently work elsewhere will be relocated to the new Elgin Avenue building.

"That means that clients who normally visit those satellite offices will next year have to attend Elgin Avenue. As a result, traffic volume in the area will doubtless increase, again multiplying existing traffic issues," Ms. O'Connor-Connolly said.

Supplying details, NRA Director Brian Tomlinson said that the project involved widening Elgin Avenue from its current two, to three and four lanes in different locations. "We'll be adding a turning lane and a mini roundabout at the intersection with Hospital Road," he said. He explained that additional upgrades entailed widening Humber Avenue and reconstructing sidewalks to provide a continuous walkway along Elgin Avenue between the Hospital Road and CNB roundabouts.

"Sidewalks will also be fitted with access ramps and driveways for the disabled, and a pedestrian crossing will face the new government administration building," Mr. Tomlinson advised.

Mr. Tomlinson explained that the roadwork activity will take place at night to minimise inconvenience to the public. Work should be completed by February 2011.